… or why your brain may be leading you to false conclusions 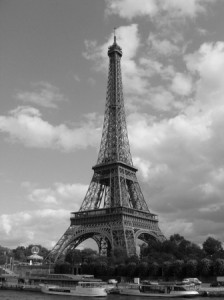 First of all, don’t worry, this isn’t a post about any ethnicity or culture. French people are just as rude or polite as Canadians, Americans, or Venezuelans. Instead, this post is about how your brain works.

Your brain is a wonderful computer, and one of the key programs it continuously runs on the terabytes of data it sifts through is ITTT – If this then that. In other words, if this occurs then that will happen. The problem is that your brain isn’t very good at establishing whether it has a proper statistical sample size to ensure that the correlation it has derived doesn’t result in a false conclusion. This cognitive bias is called illusory correlation, and it can get you into big trouble!

In the past few decades, several experiments have been completed at major universities to test this bias. In one exercise at Brandeis University, 96 white male and female students participated in a study where they were presented with eight fictitious cases (with an accompanying photograph) of individuals from a mental health center. Three versions of the experiment were run, with each iteration varying either the age, race, or sex of the case subject. In each run of the study, one of the demographics was under represented to half of the students, and the opposite demographic under represented to the other half of the students. E.g. Half of the students in the race experiment saw two black and six white patients, and half saw six blacks and two whites.

The experimenters then randomly assigned neutral traits to each of the bogus profiles such as “majors in computer science,” “works for a large company,” and “sings in a choir”, as well as undesirable traits such as “doesn’t smile when others say hello” (indicating un-sociability) or  “doesn’t follow through when assigned a task” (indicating irresponsibility). It’s important to note that the only thing that varied was the profile demographic that the randomly selected traits were assigned to.

The students were then asked to read the profiles, and then rate them on attributes such as 1) popular, 2) unsociable, 3) happy, 4) pessimistic 5) industrious and 6) irresponsible. 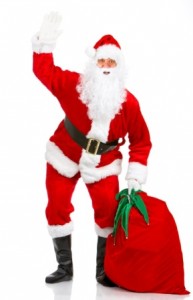 In summary, the young, white, students who participated in the study rated older, black, or opposite sex profiles more negatively when they were infrequent than when they were frequent. Conversely, same gender, race, and age profiles (as the student) were rated more positively even when infrequently represented.

Researcher’s believe that this is often the basis from which negative stereotypes are created. If you have a single encounter with a French citizen who was exceptionally rude to you, it is very easy for your brain to conclude that all French people are this way. After all, your statistical correlation is 100%! French = rude.

On the flip side, why is our impression that Santa Claus is jolly? Only for one reason – consistency of image. For the past 100 years, Saint Nick has been portrayed in art and advertisement as a jolly fellow who gives people presents! His portrayal is consistently positive!

The marketing takeaway? Frequency and consistency is what makes your brand image come alive in the way you intended it to be!