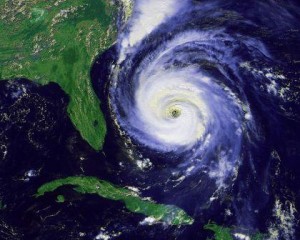 For emergency management and preparedness agencies like FEMA, a key task is to convince the public of the seriousness of the danger they face and have them voluntarily take steps to protect themselves. But preparing towns and cities for an impending crisis can be severely obstructed by the ATTITUDES of the people they are trying to protect.

Take the example of these devastating Atlantic hurricanes:

When confronted with such destructive potential, emergency management agencies are often confused by why people in the hurricane’s path are not more pro-active in their efforts to adopt precautions and safeguards. It turns out that BRANDING PSYCHOLOGY may be to blame!

The more feminine the name, the less credible the impending threat was thought to be.

A research paper published in the Proceedings of the National Academy of Sciences detailed the analysis of 60 years of hurricane data (1950 – 2012), excluding major outlier storms such as Katrina which would have distorted the results. The surprising conclusion was that people do not take female-named hurricanes as seriously as their male counterparts. The more feminine the name, the less credible the impending threat was thought to be. The result is that fewer people will take safety measures when hurricane Jeanne is barreling down upon them than they would if Gordon is just around the corner. The more feminine the name, the more devastating the results. “[the] model suggests that changing a severe hurricane’s name from Charley … to Eloise … could nearly triple its death toll,” the paper concludes.

In subsequent research, six separate surveys were posed to groups of people asking them to rate the devastation potential of a hurricane, and what they would do to prepare for it. As predicted, the gender bias (some may say sexism) demonstrated itself again. Those surveyed predicted that the female name hurricanes would be less damaging, and as a result, they were less willing to take precautions such as seeking shelter.

Branding POSITIONS a prospect’s mind with clear EXPECTATIONS. By not understanding the underlying psychology of their audience, the naming convention used for hurricanes may be needlessly increasing death tolls. I can guarantee that if a new hurricane careening towards Florida were named Beelzebub the Son of Satan, downtown Tampa would be a vacant ghost town in a matter of minutes!