Your prospects can see a sales pitch coming from a light year away. Here’s how to get them to drop their defense shields. 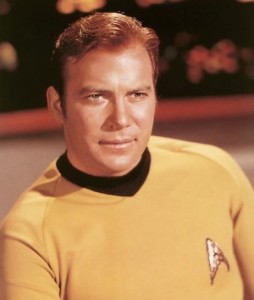 Fans of Star Trek know that when the star ship Enterprise is threatened, Captain Kirk’s first response is to raise shields. Its exactly the same response found in your clients when you pitch them on purchasing a new product or service.

On some level, your prospects view you as a threat, at least at the beginning of a relationship. Their defense shields are raised, and the key messages of your pitch, if they can get through at all, are filtered through a thick screen of suspicion. When someone is faced with doing something new, whose risks of execution and outcome are unknown, the safest course of action is to say “no”. By saying “no” they remain protected within the status quo.

How can you penetrate your client’s defense shields to ensure your message gets through? Use the Disrupt Then Reframe (DTR) technique.

A paper published in the Journal of Personality and Social Psychology in 1999 detailed a study conducted by psychologists Barbara Price Davis and Eric S. Knowles. Two research assistants were sent door to door to sell Christmas cards in several neighborhoods in a small city. The people they approached were told that the profits from the cards were to benefit a local home for developmentally challenged children and adults, whose residents actually drew the pictures for the package of eight holiday cards.

When the homeowner answered the door the researchers would use the following script:

The script then diverged to one of the following three scripts, on a random assignment:

Script 1) Disrupt then Re-Frame – The researcher would say: “This package of cards sells for 300 pennies.” After a 2-second pause, she would continue, “That’s $3. It’s a bargain.”

Script 2) Price Only –  The researcher simply stated that the price of the package was $3.

Script 3) Re-frame Only – The researcher stated that the price of the package was $3, and then, after a 2 second pause added, “It’s a bargain.”

The results speak to the enormous power of such techniques as disruption and reframing. In the DTR condition, 65% of prospects bought the cards, while in the Price Only and Re-frame Only scripts, only 35% of prospects chose to buy.

In script 1, by stating the price in terms of pennies the researcher was able to slightly disrupt the prospect’s thought pattern. They then went on to re-frame the price as “a bargain.” Taken together, this produced an outcome that was almost twice as powerful as any other offer.

Your prospect’s defense shields are always present. By crafting a message that gets them out of their established thought patterns you will have a greater ability to influence them.