… or why your personal motives colour your ability to persuade! 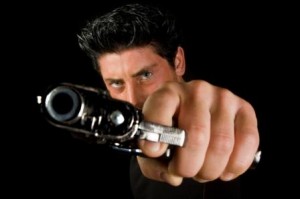 Have you ever had to meet an unfamiliar group of people? People who do not know (yet) why they should trust, believe, or pay attention to you? If you are in sales, this probably happens on a daily basis. But even if you are not a professional salesperson, the ability to gain credibility with your audience is a vital skill. In general, the higher your credibility, the more willing people are to pay attention and be persuaded by you.

Credibility is generally defined as the product of Trustworthiness X Expertise, but there exists another dimension that may significantly alter your ability to persuade even if you don’t have high trustworthiness or expertise. That factor is the self-interest of the communicator.

To test this theory, Elaine Walster, Elliot Aronson, and Darcy Abrahams conducted a study on 140 students from Central High School in Dickinson, North Dakota. The researchers told the students that they wanted their views on revisions to a “Problems in Democracy” course. The central item they wanted an opinion on was how much power the courts had in criminal matters, and provided two stances on the topic:

Stance 1: The courts have too much power, and innocent defendants do not have a good chance of getting a fair deal

Stance 2: The courts do not have enough power, and most criminals never get the punishment they deserve.

The students were then randomly given seemingly identical background booklets on the topic. However, each booklet contained a news article quoting a DIFFERENT high prestige or low prestige source. The low prestige source was introduced as Joe “the shoulder” Napolitano, a convicted drug dealer who was at the time serving a 20-year sentence for his crimes. The high prestige source was introduced as G. William Stephens, a tough, high-profile prosecutor who the article claimed had convicted more criminals than any other prosecutor.

… he was perceived to be MORE persuasive than the prosecutor!

Arguing against your own self-interest is a powerful credibility booster, even if you don’t have established trustworthiness or expertise with your audience. Here are some ways you can do this:

People want to trust the people they do business with and actively look for CUES that indicate trustworthiness. By arguing against your own self-interest, you can more quickly establish personal credibility.