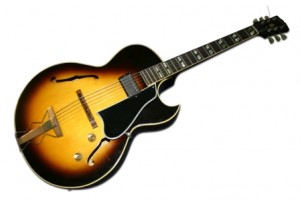 Nicholas Guéguen is a professor of psychology at université de Bretagne Sud in France. In 2013, he published a paper describing an experiment where a male confederate approached 300 women at random and asked for their phone number. The women were all between the ages of 18 – 22, and the young man introduced himself by saying, “Hello. My name’s Antoine. I just want to say that I think you’re really pretty. I have to go to work this afternoon, and I was wondering if you would give me your phone number. I’ll phone you later and we can have a drink together someplace.”

The only difference in the situations were that:

In another study in Israel, researchers sent friend requests through a Facebook profile with a photo of a man to 100 single female students at Tel Aviv University and Ben Gurion University. 50 of the friend requests had the guy in the profile photo playing a guitar, while in the other 50 he was guitarless.

The guy with the guitar got almost 3X more acceptances (14 vs. 5) than the fellow without the instrument. Now, its interesting to note that no one knows how well he plays the guitar, or whether he can play at all. But the mere presence of the guitar is enough to swing the vote almost 3X more in a positive direction.

These experiments clearly demonstrate the power of visual value indicators. As examples, common visual value indicators of societal status include custom tailored clothes, luxury cars, and big homes. For a lawyer it might be their degrees, associated law firm, and the high profile cases they’ve worked on. Your prospect’s brain is actively looking for these visual indicators to lower their anxiety and risk, as well as direct them to a high potential choice. Recognize this need and give it to them.