… give your prospect the psychological freedom to accept your proposal 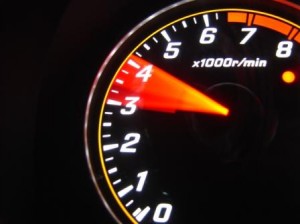 When amateurs try to persuade people, they often limit the freedom of choice in a feeble attempt to maximize the probability that the prospect will comply. This is a mistake. Freedom is a high-order human value, and surprising things happen when you give your prospect the knowledge that they have the freedom of choice.

Professors Nicolas Gueguen, of South-Brittany University, and Alexandre Pascual, of the University of Bordeaux, conducted an experiment to test the power of freedom of choice. Eighty men and women were randomly selected in a shopping mall and assigned to either a control or test group (20 men and 20 women each).

To validate the technique, Professor Christopher J. Carpenter of Western Illinois University reviewed the research of 42 similar experiments conducted on over 22,000 people and found that the BYAF approach at least doubled the compliance rate over the original request.

Why does it work?

The BYAF technique works because CONTROL for the decision is given BACK to the prospect; they now have the FREEDOM to choose. Beyond this, it also establishes a reciprocity framework where the prospect may not want to injure or deprive the requesting party by refusing the offer after having been GIVEN the freedom to choose.

Other ways to phrase the request include:

Giving your prospect the freedom to choose gives them back their sense of control. Watch your persuasion power climb as a result.