… or How Everyone Debits and Credits Themselves into Irrational Decision Making 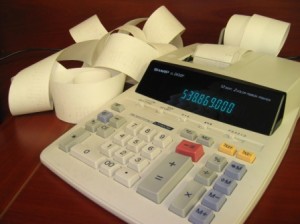 Richard Thaler has a question for you. Imagine that you have purchased a ticket to see a play. You arrive at the theatre, but as you reach into your pocket to find the $25 ticket you discover it’s gone. You now have a dilemma. You can either pay another $25 for a new ticket, or you can leave the theatre without attending the show. What would you do?

Many people would say that if you choose to purchase another ticket, you may now feel that you have paid $50 to attend a $25 play.

Thaler now offers you a different question. You arrive at the theatre to see a play, where you will purchase the ticket at the theatre’s box office. As you open your wallet to pay, you discover that $25 in cash is missing. Here’s the question: Would you still purchase a ticket to attend the play?

What accounts for the difference? Mental accounting!

… both scenarios are identical in outcome …

Thaler is a Professor of Behavioral Science and Economics at the University of Chicago, and a proponent of mental accounting theory. Briefly stated, the theory proposes that people have different psychological accounts to tabulate running expenditures. In the first scenario people have already debited the recreation and entertainment account, and so are reluctant to add another charge to this total. However, in the second scenario the misplaced cash has not been allocated to the recreation and entertainment account and so almost twice as many people are willing to spend the additional $25 to see the play. Here’s the takeaway: both scenarios are identical in outcome – your wallet will be $50 lighter!

We must remember that our customers do not have a pool of money to spend from, but rather compartmentalized pockets of money, all of which have different budgets, limits, and resulting pain or joy from “surprises” in these accounts.

Here are some other examples from Thaler on how mental accounting affects situations:

My wife and I recently witnessed mental accounting first hand when we purchased a new home. We quickly settled on the purchase price, and were quite happy with the amount we paid. However, when completing the new renovations our original budget ballooned from 1X to 1.5X to 2X. Each additional change we made to the plans resulted in additional angst as we saw the dollars go out the door.

Here’s our realization: If the seller had offered the home to us for the original purchase price PLUS the 2X dollars in renovations but bundled together in one single price for a newly renovated home, our angst would have been ZERO. Once we re-framed the purchase in this manner we quickly got back to feeling happy about the price we paid.

Understand your customer’s mental accounts and help them to allocate and budget these ledgers.