a simple signaling technique to tip the odds in your favour 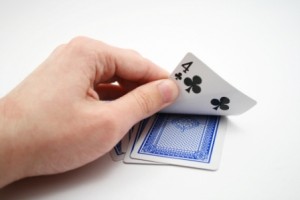 All of us negotiate on a daily basis. Whether it be with a spouse, kids, the boss, or a third party we are purchasing something from. As such, negotiation techniques are a valuable skill set.

In a previous article we described how initial starting points in a negotiation create anchors from which all subsequent discussions on price will evolve. We will now add another dimension: precision.

A study published in the Journal of Experimental Social Psychology in 2013 illustrated this simple technique to bolster your negotiation power. Researchers Malia F. Mason, Alice J. Lee, Elizabeth A. Wiley, and Daniel R. Ames, at  Columbia University conducted a series of experiments to determine how important precision was to opening and counter offers in a negotiation. As an example, they tested what effect opening discussions with a hypothetical offer of $3,985 vs. (a rounded) $4,000 would have?

In the real world, the researchers compiled statistics on home prices listed on Zillow, and found that over 71% of listings in the $10,000 – $999,000 range had prices with at least three trailing zeroes, while homes over $1,000,000 in price had more than 98% ending with at least 3 trailing zeroes. Fewer than 2% of all listings across the board were specified with precise dollar amounts. Clearly the vast majority of us suffer from a lack of precision prowess and leave a considerable amount of negotiation power untapped as a result.

How can you take advantage of these insights? BE MORE PRECISE! For example:

Precision signals an authoritative knowledge of the subject matter. Take advantage of the opportunity to use it.