… or why the biggest sales problem businesses think they have isn’t the one they actually have! 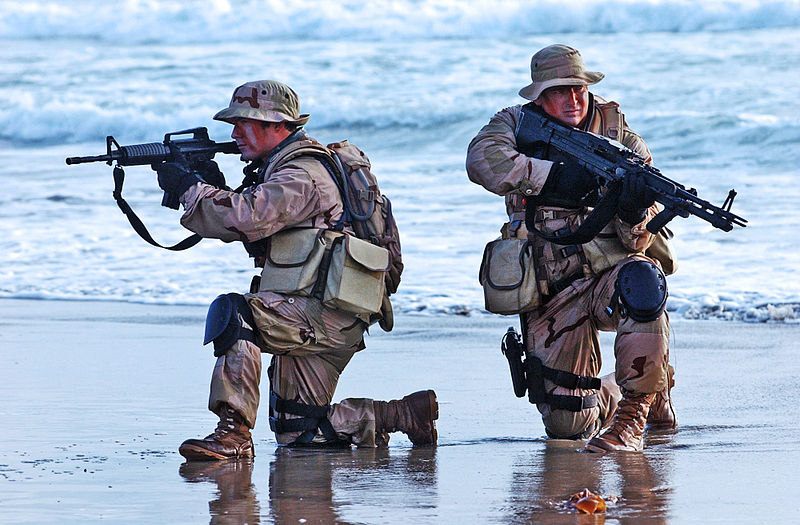 In the movie Zero Dark Thirty, the US Navy Seal team raid on Al Qaeda leader Osama Bin Laden’s house was conducted at 00:30, or thirty minutes past midnight. If that raid were a sales and marketing operation, zero dark thirty* would be thirty minutes too late!

Before I explain what I mean, let me provide some background. In the past few months, I have consulted with numerous companies that believe they have a sales problem. However, in almost every situation the primary issue was identified as a marketing problem and not a sales problem. How did I determine this? By examining close ratios, or how many leads were converted into a sale. Although average close ratios vary by industry and market, if you are in a competitive environment and closing more than 15%- 25% of your QUALIFIED leads you are on the right track!

All of these clients were closing their fair share of the leads they were generating, they just weren’t generating enough QUALIFIED leads to pursue.

Lead Generation is a Marketing Function

In each situation above the sales team were expert closers but spent most of their non-sales time waiting for the phone to ring or following up on previous leads. Now some might say that these guys should be using their “spare” time prospecting for new leads, but, by definition, prospecting (lead generation) is a marketing function. A sales team’s skills and expertise are best used to close sales, but these companies’ marketing efforts were not producing enough qualified leads for them to pursue.

It’s estimated that up to 70% of the buying decision is made BEFORE anyone even talks to a salesperson. Today’s customer has numerous resources available to them, usually just a few mouse clicks away. By the time that they arrive at your sales desk, the majority already have a preferred direction to go and are now seeking confirming or dis-confirming evidence to support their decision. If you have not positively biased their decision BEFORE this contact point, YOU ARE AT A SEVERE DISADVANTAGE!

A properly functioning company will have a marketing process which creates qualified leads to HANDOFF to sales. Let’s name this crucial timeline juncture as zero dark zero. This is the point of truth where marketing delivers a “primed” prospect for sales to close. Primed is the keyword. These are the prospects that have a preference to choose you from all of your competitors! If a company only STARTS their selling process AFTER zero dark zero WITHOUT HAVING PRIMED THEIR PROSPECT to choose them, they are at a severe disadvantage!

You Don’t Have a Sales Problem, You Have a Lead Generation Problem!

So, these clients don’t have a sales problem, they have a lead generation problem. All of their future revenue depends on their sales abilities with UNQUALIFIED, UNPRIMED prospects. But sales abilities can only go so far with prospects whose minds have already been 70% made up to travel in other directions!

If we were to put this into the context of Zero Dark Thirty the movie, the vast majority of the plot dealt with the CIA unearthing, tracking down, and qualifying leads on Bin Laden’s exact location. The seal team’s actual on-the-ground time was less than 38 minutes from entry to exit, but it took over 10 years of research to pinpoint the location to attack.

The First Step to Improving Sales is to Improve Lead Generation!

So, if the primary sales problem is actually a lead generation problem (marketing), what are some things you can try? Here’s a VERY BASIC list. Although not all of them will apply to your specific business, you should be using at least six on a consistent basis, with full measurement and tracking of the results. How many are you doing?

*technically, in military terms zero dark thirty does not reference a specific time of day but is slang for the very early morning.