… or how too many choices choke easy decision making 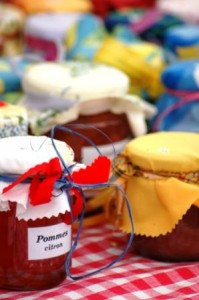 1995 was the year that the famous Jam Study was conducted in California. It’s not often that a single research project propels a university professor to the heights of fame, but that’s exactly what happened to Columbia Professor Sheena Iyengar. Draeger’s Supermarket, an up-scale gourmet food market in Menlo Park, California, was the perfect test location. At the time, Draegers offered “roughly 250 different varieties of mustard, 75 different varieties of olive oil, and over 300 varieties of jam.” Additionally, shoppers regularly encountered tasting tables where they could sample the enormous variety of gourmet foods that were offered.

Iyengar and her team set up a table with an assortment of jams for purchase with a simple twist. Every few hours she would re-set the table from 6 varieties of jam to 24 varieties, and then back again. On average, prospective customers typically tasted 2 jams, and everyone who visited the table was offered a $1 discount coupon towards a purchase.

When the researchers turned their sights to the impact of choice sets in US retirement savings plans, they discovered a very similar pattern to the jam study. When only 2 investment funds were offered in the plan, almost 75% of the future retirees chose to participate. But for every ten new fund choices added, participation rates typically dropped by up to 2%. One plan they examined offered 59 fund choices, and as expected participation rates were a lowly 60%!

The marketing lesson? Experiment with choice sets. Sometimes you will benefit by avoiding choice overload by keeping your choice set small and simple. But in other cases (think Starbuck’s menu of coffee variations) a wider assortment of options will also be desirable. Only testing will prove which method is best for you.